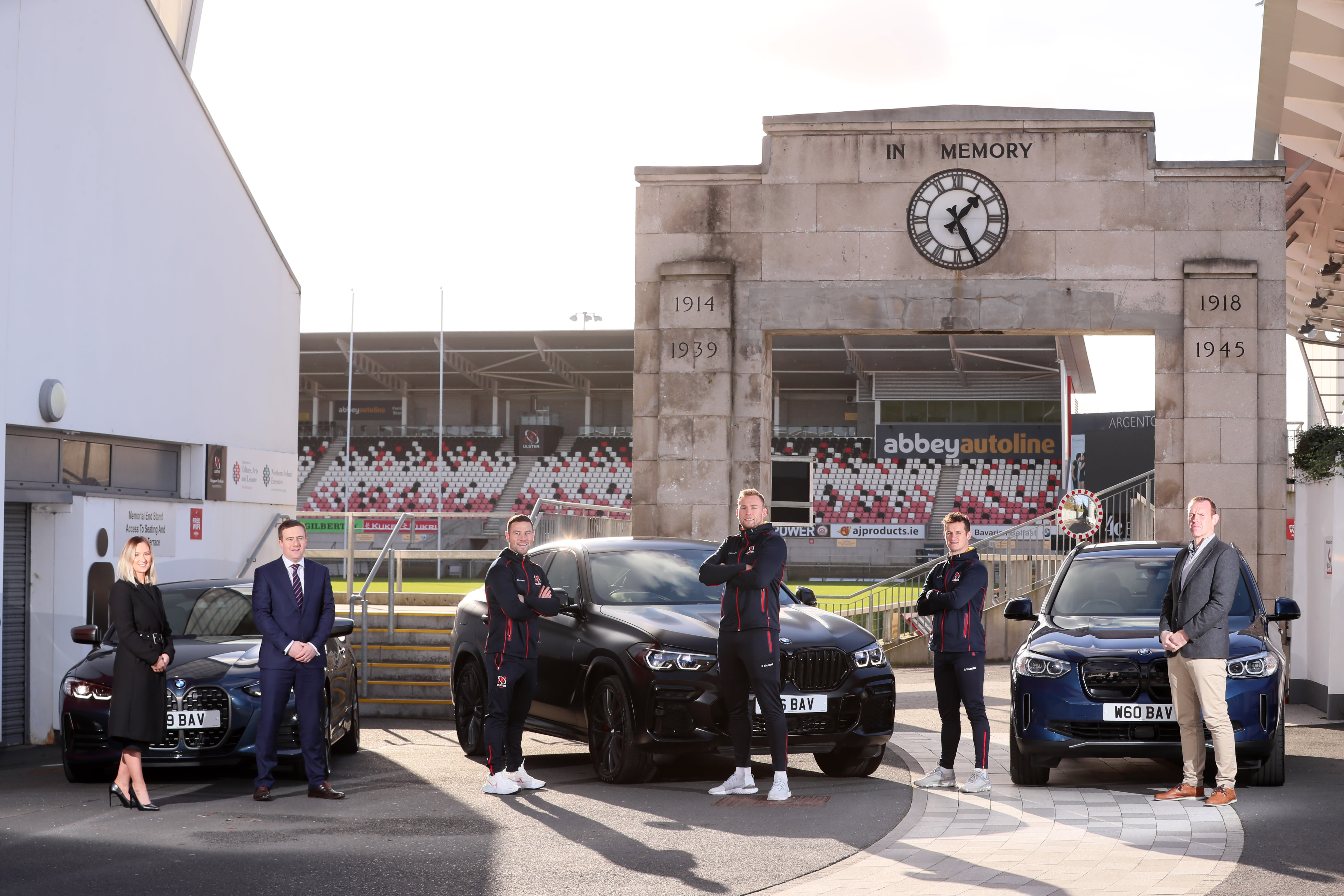 Bavarian BMW can today announce a continued sponsorship deal with Ulster Rugby, which will see us remain as the club’s Official Car Partner.

This new deal sees the extension and further improvement of a long-standing relationship between Bavarian BMW and Ulster Rugby, helping the team to drive success both on and off the pitch.

The plan in place for this season includes the showcasing of brand-new vehicles at Kingspan Stadium on match nights, exclusive competitions for supporters, and the establishment of a Season Ticket Holder Affinity Car Scheme . The new scheme will offer an easy-to-use, online quotation system where Season Ticket Holders can obtain a quote on any new BMW from the comfort of their own home.

“As part of this agreement, we will supply Ulster Rugby players and officials with a selection of cars from across the premium BMW range, including two exciting new fully electric models, the iX3 and iX.”

“In addition, we are pleased to reveal the exclusive new Ulster Rugby Season Ticket Holder Affinity Car Scheme due to launch in early 2022, in partnership with our Group Company Agnew Leasing. This will involve extending our vehicle offering to all Season Ticket Holders, and we very much look forward to our relationship with the expanded Ulster Rugby family growing over the seasons ahead.”

“This latest extension of the partnership between Ulster Rugby and Bavarian BMW will allow us to continue to build on the synergy between our two brands, as already demonstrated over the past number of years.

“We are both performance-driven and seeking to be the best in our respective fields, so I am confident that Bavarian BMW will continue to deliver its expertise, knowledge, and commitment to delivering results as our Official Car Partner.

“I am delighted that our Season Ticket Holders, who are the bedrock of our club, will also be able to benefit from a number of exciting new car offers from the new year.”

Bavarian Belfast have represented BMW as a manufacturer since 1959, initially under the Isaac Agnew brand before establishing Bavarian BMW in 1975. During that time, they have won the coveted accolade of BMW UK Retailer of the year on numerous occasions.

YOUR PERFECT BMW COULDN’T BE CLOSER.